What is the Best Asthma Drug in the World? 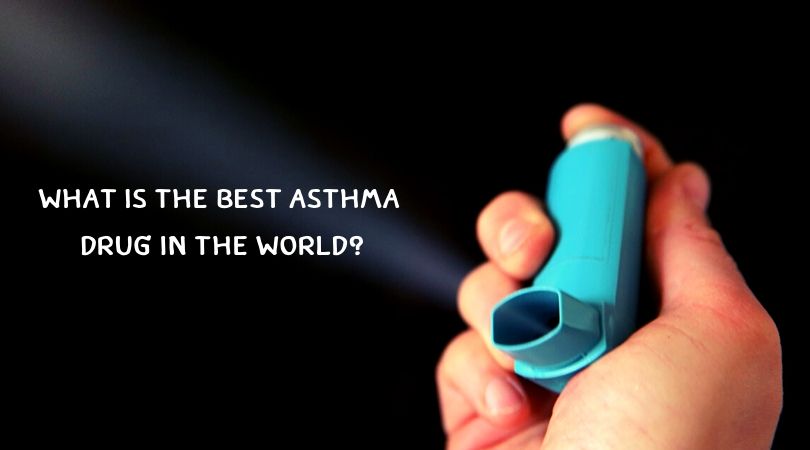 The most effective drugs used in the treatment of bronchial asthma from the perspective of evidence-based medicine today are inhaled glucocorticosteroids and β2-agonists.

What are glucocorticosteroids and β2-agonists?

Inhaled glucocorticosteroids are the basis of anti-inflammatory therapy for asthma, they prevent symptoms and exacerbations of the disease, improve lung function, reduce bronchial hyperreactivity.

β2-agonists are bronchodilators that quickly eliminate bronchospasm due to the effect on the smooth muscle muscles of the respiratory wall on β2-adrenergic receptors. In addition, these drugs are also used as preventive therapy in case when bronchospasm is caused by physical exertion, and cold air.

The classic representative if short-acting β2-agonists is Ventolin (albuterol). This is the most effective symptomatic therapy option. This drug is most widely used throughout the world for the treatment of asthma due to its high therapeutic index, that is, the ratio of the therapeutic effect and side effects. The role of albuterol inhalers in asthma treatment is undeniable.

Ventolin (albuterol) is one of the most selective β2 agonists: the selectivity ratio β2: β1 for albuterol is 1375, for phenoterol – 120, for isoprenaline – 1.

Another pharmacological property of albuterol is partial or complete agonism. Complete agonists cause a maximum tissue response in contrast to partial agonists.

Albuterol directly interacts with β2-adrenergic receptors of the smooth muscles of the bronchi and is characterized by a rapid onset of action. The usual dose of the drug (200 μg) causes a clinically significant expansion of the bronchi (defined as a 15% increase in FEV1) after about 5-7 minutes. The duration of its action is quite short and is about 4-6 hours. With an increase in the dose of albuterol, the onset of action can be reduced, and the duration of action can be extended.

Thus, Ventolin inhaler is the first line therapy for the relief of an acute attack of suffocation in patients suffering from bronchial asthma, regardless of their age, concomitant diseases, as well as the form and severity of asthma.

This drug should be recommended as a prophylactic used before physical exertion, contact with cold air, inevitable contact with an allergen (cleaning an apartment, visiting houses where there are pets, traveling outside the city during the palination season) for patients who have bronchospasm provoked by the above factors.

Inhalation of albuterol with a nebulizer is prescribed for acute bronchospasm which is not controlled by conventional therapy with metered-dose aerosols or powder inhalers, as well as for severe exacerbation of bronchial asthma. In these cases, the dose of albuterol significantly exceeds the standard and amounts to 2.5 mg (if necessary 5 mg), the drug is prescribed 2-4 times a day.

Ventolin is a safe and convenient option – the spray is ready to use. Besides, there are several albuterol relaase forms, which allows you to choose the most convenient and effective therapy. You can explore options, read the full drug description and even buy Ventolin inhaler using an online pharmacy.

But you should remember that thisd drug cannot be used for self-medication. All asthma medications should be prescribed by a doctor based on the characteristics of the disease and the patient’s condition.

Thus, the use of Ventolin inhaler as a rescue bronchodilator can serve as an example of rational and compliant pharmacotherapy of bronchial asthma, regardless of its etiology and severity.